Spain’s Marta Pérez had a breakthrough 2021 outdoor season, shattering her 1500m personal best in all the three races she toed the line in her Olympic berth in Tokyo. Pérez finished ninth in the final, coming just 12 hundredths of a second shy of the 4-minute barrier — her time of 4:00.12 is the second best by a Spaniard.

After the Olympic Games, 29-year-old Pérez went on a Diamond League tour from Lausanne to Zurich — with a brief stop in Brussels — placing fourth in the three meetings she attended, including the final.

The last time she raced at Vallehermoso’s green lime track, Pérez took the triumph at the 2021 Meeting of Madrid in 4:06.96 — by then a season best. The previous one, at the 2020 Spanish Championship, Pérez won the national 5000m (16:08.28) title in her first shot at the distance, breaking the 34-year-old facility record set by Carmen Valero in 1986.

In the same Championship, Esther Guerrero claimed the second of her three national outdoor 1500m titles in a row and her fourth-career 800m gold in the span of 10 minutes.

With a 1500m personal best of 4:02.21, the 32-year-old is the fifth-fastest Spanish of all-time. Guerrero was Olympian in Rio and Tokyo and holds the Spanish indoor mile record (4:28.54) since the last winter. At the Spanish Indoor Championship, she suffered a hamstring injury that prevented her to compete at the Worlds in Belgrade.

Along with Pérez and Guerrero, Solange Pereira has dominated the middle-distance in Spain for the last lustrum. The 32-year-old recently won her second Ibero American 1500m gold in La Nucía, her eighth Spanish road mile title and was crowned national indoor 3000m champion for the first time. Pereira’s 1500m personal best is 4:06.39, the 14th in the Spanish all-time list.

Don’t miss out on your chance to cheer the best Spanish milers at the World Athletics Continental Tour Silver Meeting of Madrid. Secure your seats at https://www.enterticket.es/eventos/world-athletics-continental-tour-silver-madrid-2022-563018 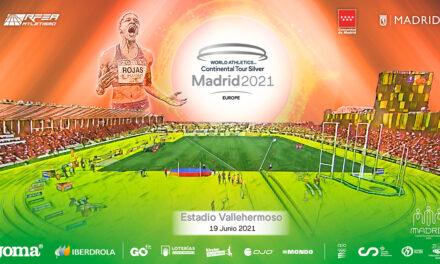