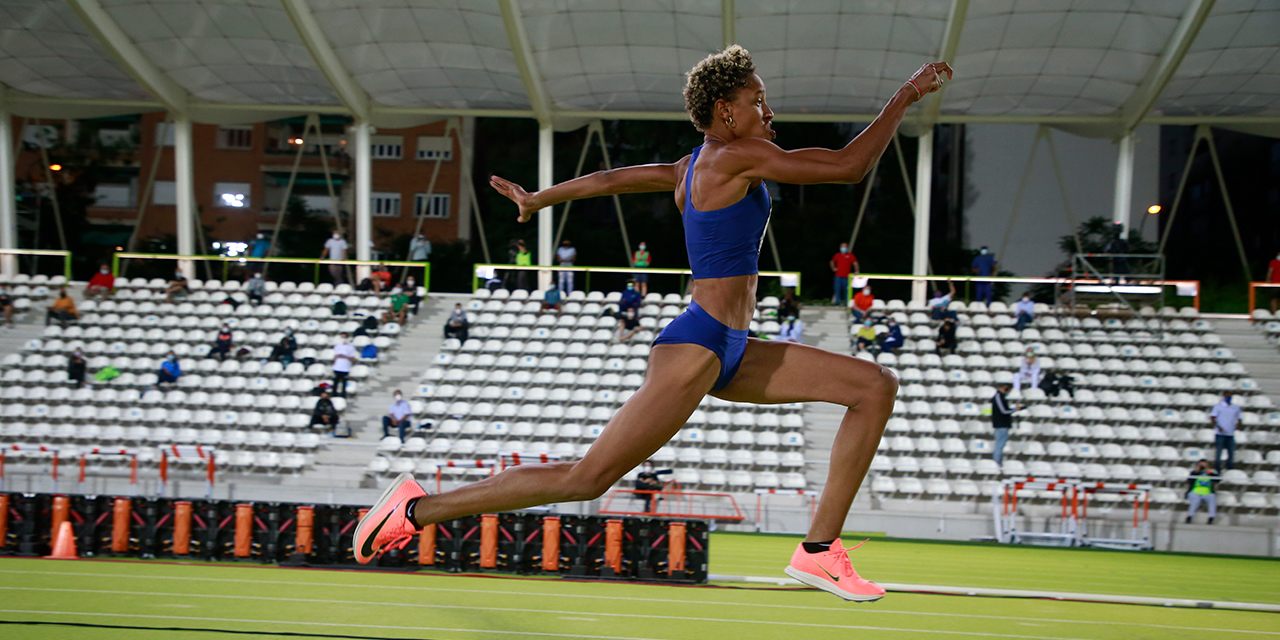 Yulimar Rojas and Hugues Fabrice Zango were called to excel at WACT/Europe Silver Meeting Madrid 2021 and they didn’t disappoint – although neither of them could set a triple jump world record at Vallehermoso Stadium.

While Rojas was constant over 15 meters – with four leaps over that landmark – the Venezuelan did not find the perfect jump she was looking for. The reigning world champion won the contest thanks to a 15.34m wind-aided (+2.2) leap in the sixth round, but she would have done with all her four other valid jumps – 15.19m, 15.16m, 15.18m, 14.99m. France’s Rougoy Diallo ended second with a personal best of 14.51m and Portugal’s Patricia Mamona was third in 14.47m. Best Spanish athlete was Ana Peleteiro, fifth, who leaped 14.39m wind-aided (+2.8).

In the men’s triple jump, Zango also secured the win in his head-to-head against Pedro Pablo Pichardo. Whilst the Burkinabe and African record-holder leaped wind-aided 17.83m (+2.5) in the fourth round, the Cuban-born Portuguese set a new world lead of 17.69m. Three other athletes jumped over 17m, and Spain’s Pablo Torrijos was seventh with 16.87m.

The reigning 400m Olympic champion and world record-holder Wayde van Niekerk met his goal in Madrid as he hit the Olympic standard (44.90) in his best race since he tore both his anterior cruciate ligament and meniscus cartilage in his right knee in October 2017. The South-African clocked 44.56 – a time that ranks him 8th in the world this season. However, Van Niekerk was upset by global silver medalist Anthony José Zambrano with 44.51.

In the third heat, Gerson Pozo surprised with a big 1.5 second personal best of 45.82 with which he set a Spain’s u20 record.

Spanish hurdlers were leading actors in the 110m hurdles. Curiously, they ran faster times in the semifinals rather than the final – Enrique Llopis set a personal best of 13.41 in a 0.4m/s headwind that puts him 5th in the national all-time list. Later, Llopis managed to win in 13.44, just 0.02 ahead of Hungary’s Valdo Szucs, while Asier Martínez ended third in 13.61 after hitting two hurdles.

The women’s 100m hurdles delivered a dominant performance by France’s Cyrena Samba-Mayena, just 20, who clocked 12.80 and led other three athletes to break 13 seconds – Ireland’s Sarah Kate Lavin ran 12.95, Italy’s both Elisa di Lazzaro and Luminosa Bogliolo did it in 12.98. Spain’s Teresa Errandonea ended fifth in a big personal best of 13.04 despite she claimed that had made some mistakes during the race.

Sara Fantini smashed her hammer personal best with the farthest throw by an Italian in 13 years. The 23-year-old secured the win in 72.31m, while Spain’s national record-holder Laura Redondo was second with a throw of 70.65m. Croatia’s Anamari Kozul ended in third position with 68.60m.

A quartet of rising stars impressed in the women’s 200m. 18-year-old Christine Mboma from Namibia clocked 22.79 for the win, while 20-year-old Gabriela Suárez from Ecuador and Spain’s María Vicente and Jaël Sakura Bestué, also 20, set respective personal bests of 23.18, 23.29 and 23.30 in second, third and fourth place.

Germany’s Julian Weber claimed the men’s javelin’s triumph with a late-time 82.65m throw which secured him the win by 44 centimeters ahead of Spain’s record-holder Odei Jainaga. Reigning world champion Anderson Peters ended in third with 81.73m.

Marta Pérez achieved the second Spanish victory of the meet in the women’s 1500m. The 28-year-old made an attacking move in the last lap to claim the win in a season best of 4:06.95 ahead of Morocco’s Siham Hilali and Kenya’s Selah Busienei.

Perez’s fellow countrywoman Carolina Robles secured the third Spanish win of the evening in the 3000m steeplechase. Aiming the Olympic standard of 9:30.00, Robles took the lead with four laps to go but hit the bar in her effort – the Seville-born clocked a personal best of 9:34.30 which, anyway, puts her in a good World Ranking position. Hungary’s Lili Anna Toth was second in 9:41.16 and Brazil’s Tatiane da Silva third in 9:43.09.

Norway’s Line Kloster surprised as she won the women’s 400m hurdles despite running in the B Final. Kloster clocked 55.61 while Italy’s Linda Olivieri and Eleonora Marchiando did it in 55.89 and 56.02, respectively, in the A final. Spain’s Sara Gallego was fourth with 56.38.

Dutchman Rutger Koppelaar won the pole vault contest as he was the only who cleared 5.70m. Argentina’s Germán Chiaraviglio was second and Spain’s Dídac Salas third, both with 5.55m.

South-African Gift Leotlela dominated the men’s 100m with 10.15 in a 1.3m/s headwind. Italian Filippo Tortu ended second with 10.27 and Frenchman Mouhamadou Fall third just a hundredth of a second behind him. 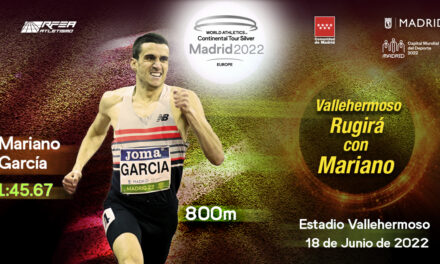 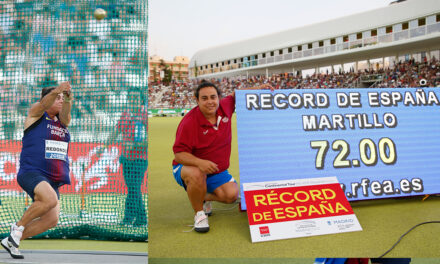