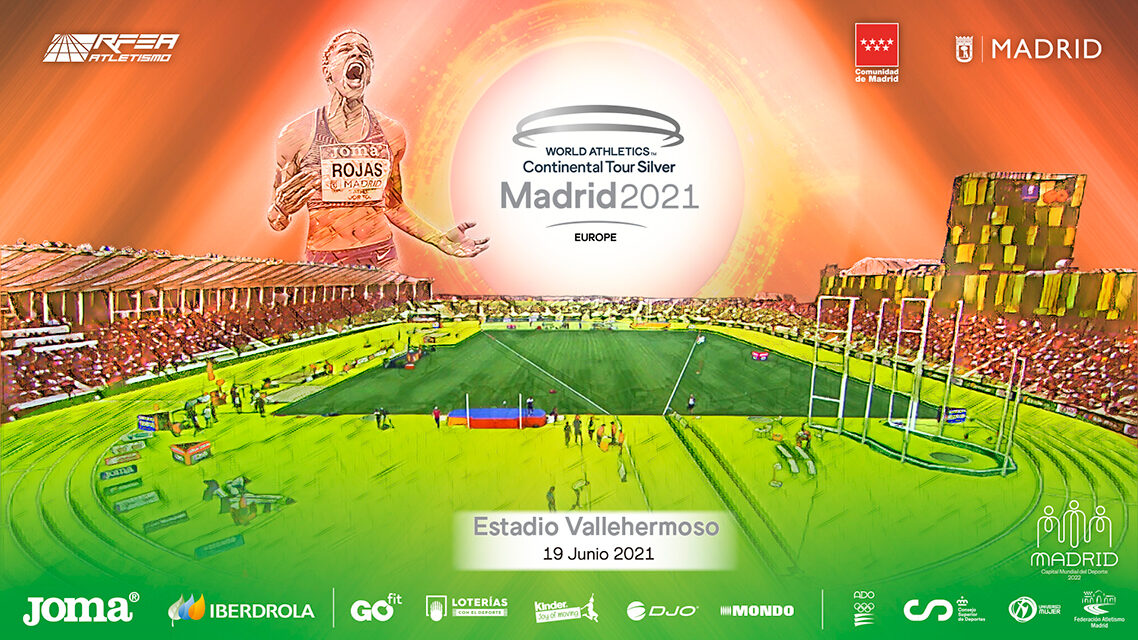 After a year off due to the covid-19, the Meeting Madrid comes back into scene in its 38th edition on Saturday 19 June with some of the best local athletes and several global stars at one of the highest points of the season – just a week before the Spanish Championship and 10 days of the Olympics qualification deadline.

The World Athletics Continental Tour Silver meeting will be staged at the renewed Vallehermoso Stadium in Madrid. Opened for the first time in 1961, in the old Vallehermoso excelled legends like Carl Lewis, Merlene Ottey, Allyson Felix, Blanka Vlasic, Said Aouita and Javier Sotomayor, among many others. It was the place where Danny Harris broke Edwin Moses’ 122-race winning streak, which lasted for 9 years, 9 months and 9 days, in 1987. The world records were set there – men’s 1 hour race walk by Mexico’s Daniel Bautista in 1978 with 14.430m and women’s pole vault by Russia’s Yelena Isinbayeva in 2005 with 4.95m.

Vallehermoso was closed to public in 2007 and demolished a year later but was reopened in 2019 with a light green track – already a recognized trademark across the world. The new stadium is set to break its own records. May the first one bear the name of Yulimar Rojas? Definitely yes. The 25-year-old has done it previously in the Spanish capital – when she leaped 15.43m to set the triple jump world indoor best at the Meeting Villa de Madrid in 2020.

Rojas will return to Madrid for her Vallehermoso debut on 19 June. The Venezuelan eyes the outdoor world record in her preferred event, the triple jump, in which she aims to be the first women to leap further than 15.50m – just the mark Ukraine’s Inessa Kravets set in 1995. Coached by long jump legend Iván Pedroso, Rojas already owns three of the five best jumps ever outdoors, including a 15.43m one achieved in Andújar last 22 May – the same place where she topped 15.41m in 2019.

At only 25, Rojas is the current Olympic silver medalist and a four-time world champion – twice outdoors in London in 2017 and in Doha in 2019, twice indoors in Portland in 2016 and in Birmingham in 2018.

Not only one, but two world records will be under threat at Meeting Madrid. And both two could happen in the same event. After breaking the world indoor best last 16 January in Aubiére – where he became the first man to leap over 18 meters indoors –, Hugues Fabrice Zango will try to transfer his shape to greenest runway in the Earth.

Earlier this outdoor season, the 27-year-old Burkinabe has broken his own African record with a 17.67m leap in Montreuil. Zango set the old one, just 1cm shorter, to secure the bronze medal in the last round at 2019 World Championship in Doha.

Current men’s and women’s triple jump world records were set in the same competition – 1995 World Championship in Goteborg – but have never been broken in the same day, as it could happen on 19 June in Madrid.

World Athletics Continental Tour Europe Silver Meeting de Madrid will begin at 19:30h local time and will last until 22:00h and will be broadcasted live on TV in Spain on Teledeporte. International broadcast and livestream details will be announced closer to the competition dates

Meeting de Madrid prioritizes the health of all the people present at Vallehermoso Stadium. That is why the event will take strict health and prevention measures against COVID-19. No fans will be allowed to attend the meeting and only previously accredited people will enter the facility – after passing a COVID-19 antigen detection test by the RFEA medical services.

Using mask will be mandatory throughout the facility, where people must keep a minimum safety distance of 1.5m. Also, the temperature will be taken in the entrances and there will be cleaning and disinfection protocols in competition venues and equipment. 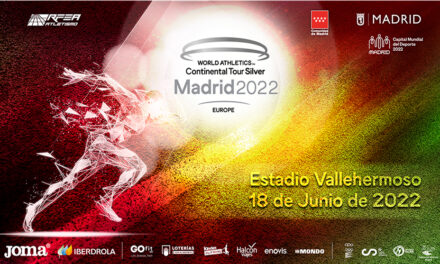