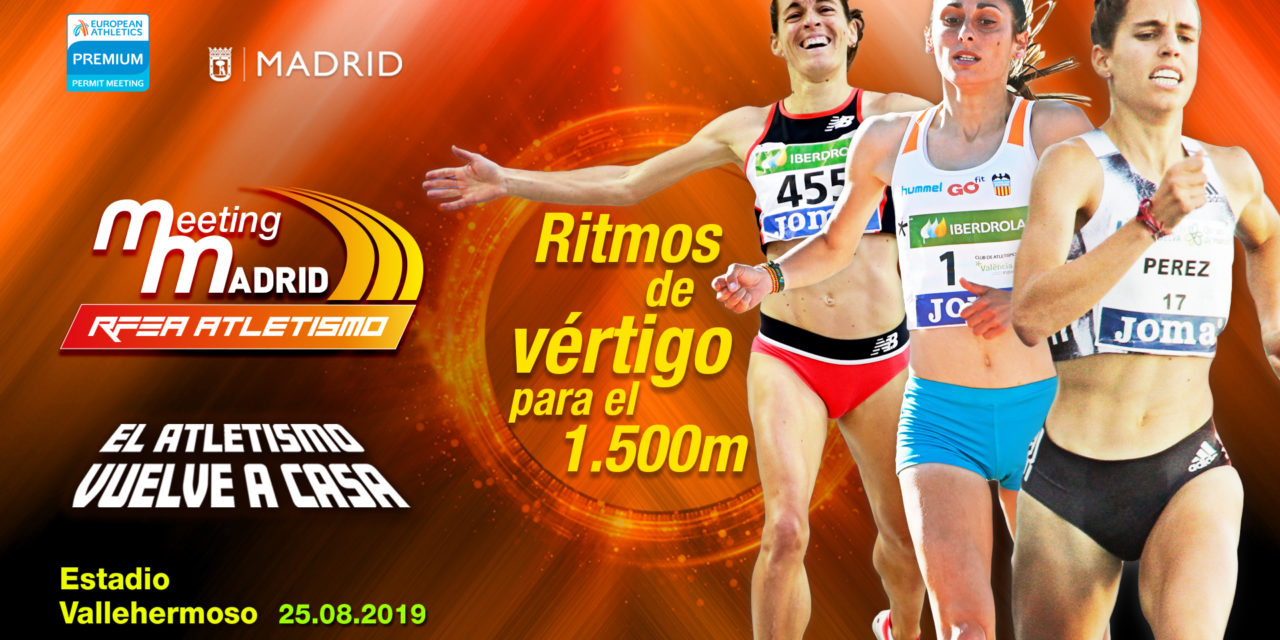 The female events will have high level events and one of those will be the 1.500m. In this one and a half kilometer event will run for the first place and good results a big number of athletes with good rates threatening the four minutes barrier. The crowd will also have the incentive to see the three best spanish athletes in the distance.

If we start with the spanish participation we can’t have a better race. The three best Spanish marks of 2019 will be over the track next Sunday 25th. Two of them have just achieved -yesterday in Poland- the required mark to participate in World Championships in Doha (4:06.50), that confirm that they arrive to Madrid in their best level.Esther Guerrerois the Spanish leader of the year and run in 4:05.70 -personal best-, after her entered Marta Pérezwith 4:05.85. Both are on the top os the Spanish ranking but the third best mark is also going to run in this Meeting with Solange Andreia Pereira(4:10.56). We could also add the participation of Irene Sanchez-Escribano, the Spanish best 3.000 meters steeplechase athlete who has just achieved a personal best (9:27.53) and 4th best national mark in the all time list in the Diamond League of Birmingham..Talking now about international participation we will have two athletes that have run below four minutes in this 1.500m race. The American Shannon Rowbury(3:56.29) has been twice forth in Olympic Games (London 2012 and Río 2016) and also twice bronze medalist in World Championships (in 1.500m outdoor in Berlin 2009 and in 3.000m indoor in Portland 2016). Another of the athletes that has broken the four minute barrier is the dutch Maureen Koster(3:59.79). Next to them in the start line we will also find the Ethiopian Almaz Samuelwith 4:01.78, the American Kate Grace-8th in Rio’s Olympic Games in 800m and just run in 4:02.99 in Palo Alto (USA) last june 30th-, and the United Arab Emirates athlete Betlhem Desalegn(4:03.70). 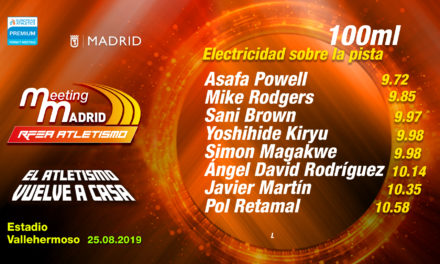 The fastest event with top names 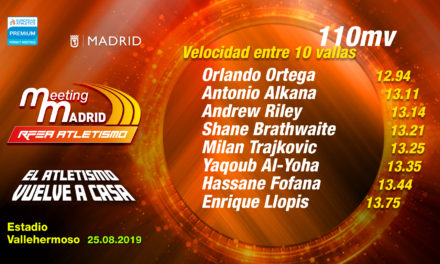 The olympic medalist on the blocks