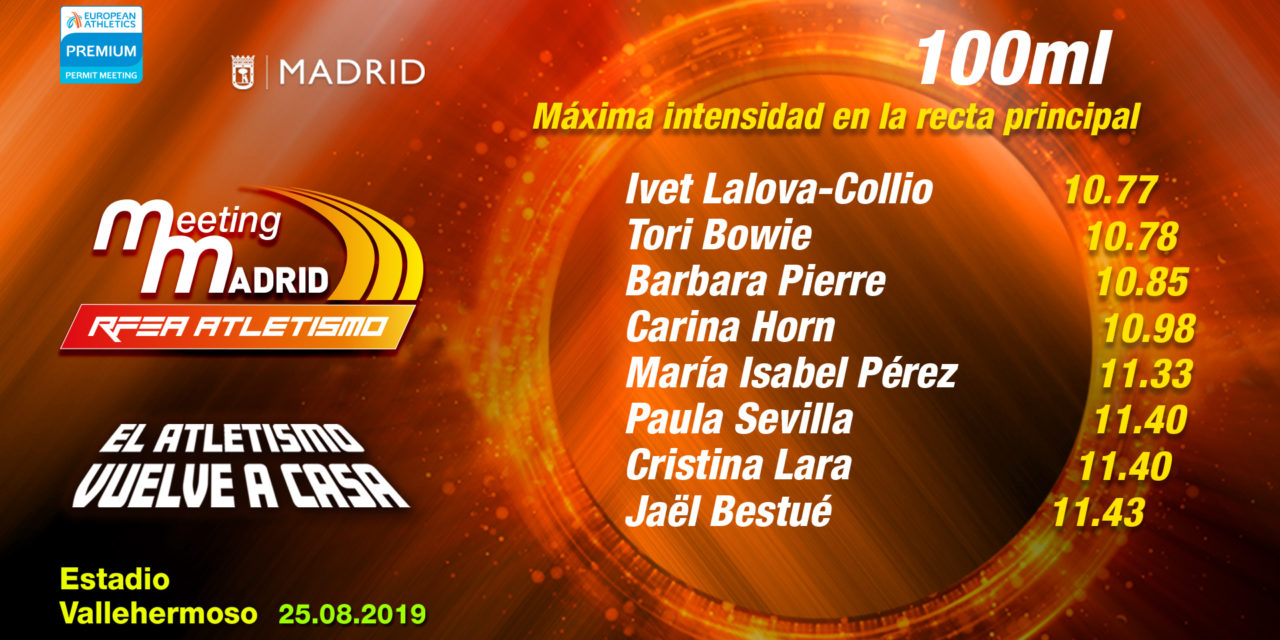 The main straight of Vallehermoso Stadium wil turn a takeoff runway for the sprinters to fly over the green synthetic. The fans attending to Madrid Meeting next Sunday 25th wil have a great incentive waiting with the presence of Tori Bowie.

The 100m race will have one of the outstanding names in athletics. Bowie is the World Champion in 100m and 4×100 with United States, both gold medals won in the championship held in London in 2017. But she has even more honours, with his 29 years of age she has three Olympic medals (gold in 4×100, silver in 100m and bronze in 200m) achieved in the last Games in Río 2016. Her personal best is 10.78and this year she has run in 11.30. She will be one of the outstanding names at Vallehermoso Stadium but is not the only one.

The Bulgarian Ivet Lalova-Colliowil also fight for the first place. This sprinter has also huge athletics achievements such as three olympic diplomas (4th in 100m and 5th in 200m in Athens and 8th in 200m in Río 2016), six european medals (three outdoor and two indoor) or three finalist position in World Championships. She also has a personal best of 10.77–11.28in 2019- in 100m. Another Woprld Champion to run in Madrid will be Barbara Pierre, the american got gold in 60m at the Indoor Championships held in Portland in 2016 and has a personal best of 10.85–11.17this season-. And in the group of athletes sub 11 seconds we also find Carina Horn, the South African (10.98) will also be on the blocks in this event and will add quality to the race.

And if we talk about Spanish athletes we must say that it will be a very high level. The four national leaders of the year are going to be at Vallehermoso. Paula Sevillais the fastest os 2019 with 11.40, followed by Jaël Bestuéwith 11.43, María Isabel Pérez(11.53) and Cristina Lara(11.55). 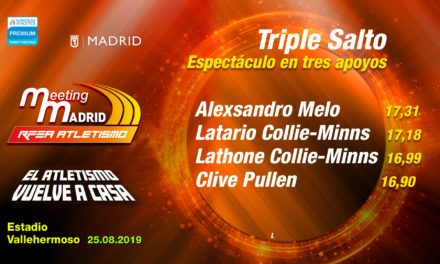 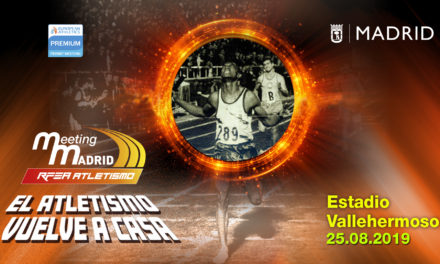